Our contribution at this year ED-MEDIA conference in Tampere, Finnland about „Do You Mind NSA Affair? Does the Global Surveillance Disclosure Impact Our Students?“ is now online available. The slides have alreday been published here.
Abstract:

In summer 2013 the discussion about security and Internet peaked when the ex-NSA contractor Edward Snowden uncovered secret details about his former employer NSA. Since then bad news and stories about government surveillance have come along daily worldwide. But did they change anything according to our way of working and living with the Internet? We wanted to know, whether there is a change of Internet behavior to be determined among freshmen coming to Graz University of Technology. On base of an annual questionnaire that is carried out by the Department of Social Learning at TU Graz since 2007 we found out that although a quarter of polled students are influenced by those disclosures there is no decrease in Internet usage to be realized compared to former years results; quite the reverse: applications working on cloud-principle like Dropbox are strongly upcoming. Apart from that, the long term survey generally mirrors new media competences and Internet usage of TU Graz freshmen. This paper discusses this year´s results and progressions of the survey.

Do You Mind NSA Affair? Does the Global Surveillance Disclosure Impact Our Students? by Martin 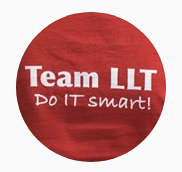